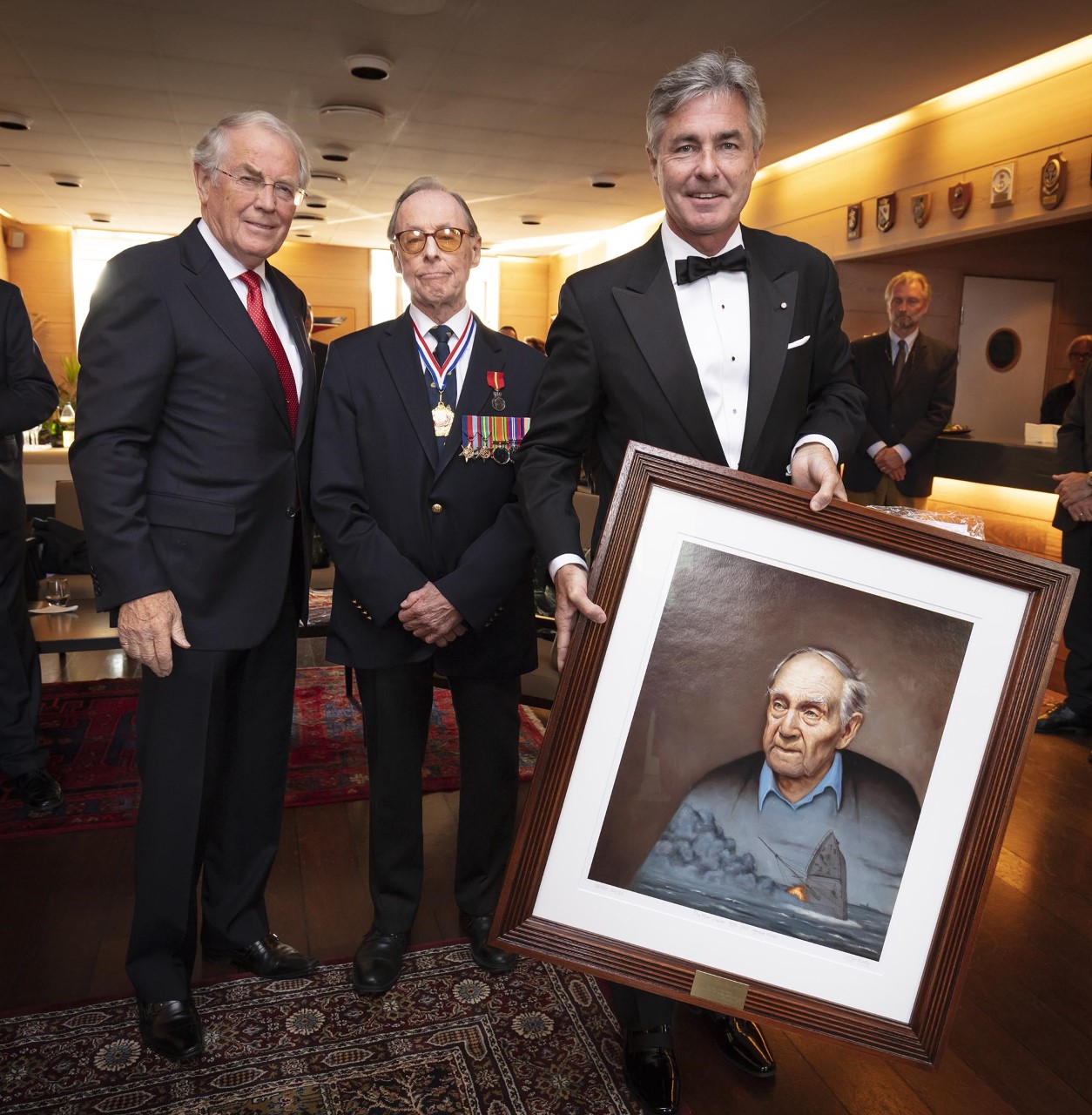 75th anniversary of The battle of the Atlantic

In 2018 there was a worldwide marking of teh 75 years since the Battle of the Atlantic, when the Allied forces stopped the Nazi rule of the Atlantic ocean. Kolby was commissioned to portray the profiled Norwegian war sailor Ingvald Wahl (99).

Some 50 prints of the painting were donated to the Convoy Nations and to a series of museums world wide to commemorate the anniversary.

In this photo US Ambassador Admiral Kenneth Braitwaithe receives a print, flanked by war sailor John Gundersen (94) and one of the donators, Canada based Steinar Engeset.