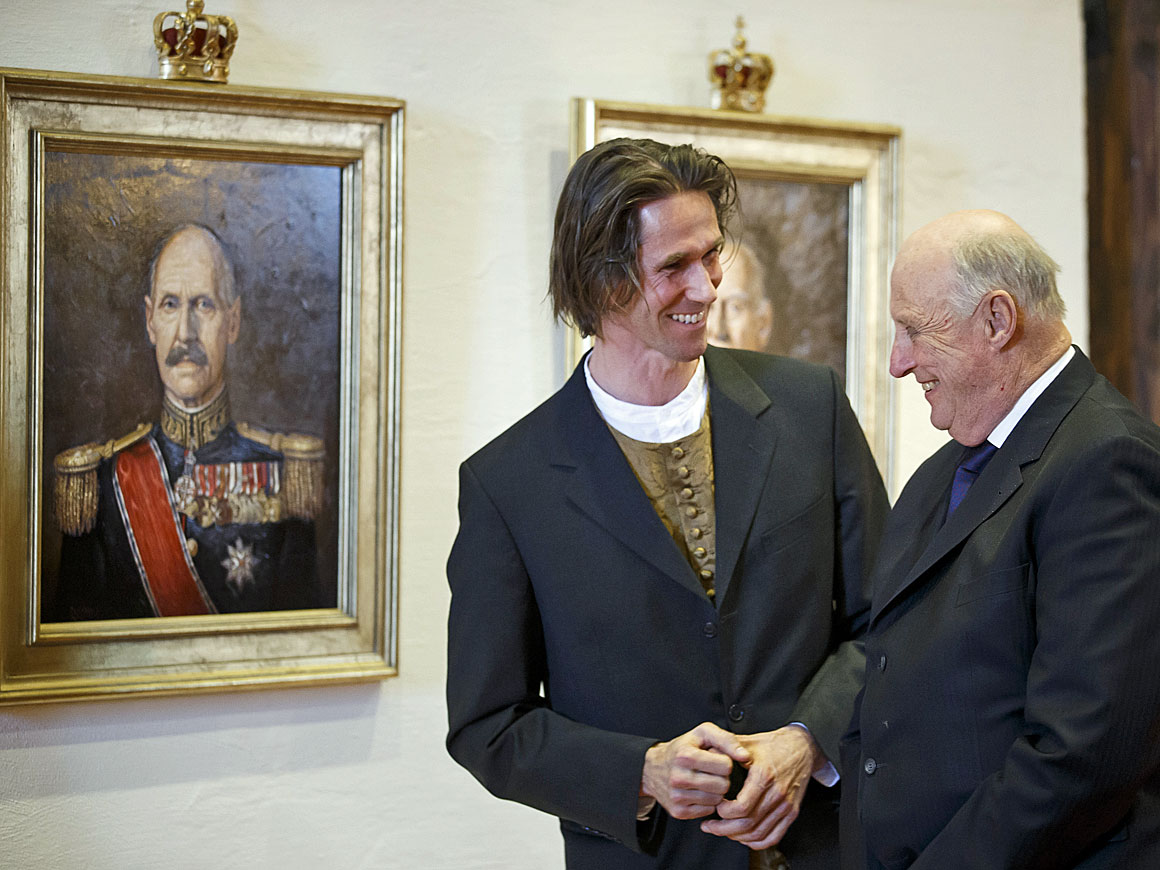 Unveiling of "The Kings of the Liberation"

The triple portrait “The Liberation Kings” was painted to Norway’s Resistance Museum at Akershus fortress at the occasion of the 70 years celebration of the liberation of Norway from Nazi occupation in 2015.

The triptych was unveiled at Akershus fortress on March 26th in the presence of His Majesty as well as the Minister of Defense, Oslo's Mayor, WWII veterans and some 250 guests. The paintings were a gift from Samlerhuset and Norway’s Resistance Museum’s friends.

The documentary film “The Kings of the Liberation” tells the tale of the Royal Family’s role in WWII and sets Kolby’s portraits of King Haakon, King Olav and King Harald in a historic perspective.