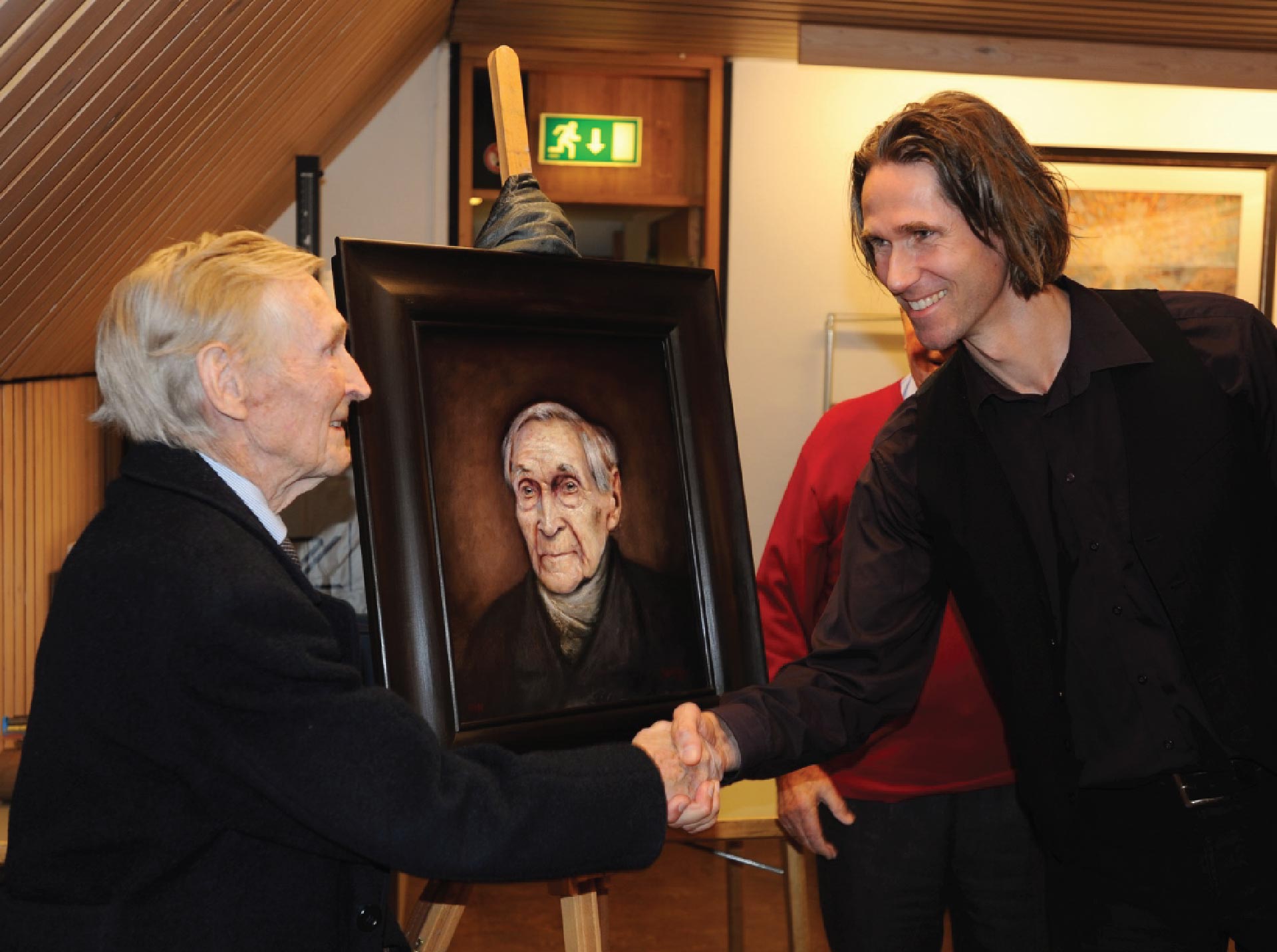 Unveiling of the portrait of Gunnar Sonsteby

In June 2011 Kolby wrote to the war hero and asked if he would model for a portrait. Sonsteby was positive, and the work begun. The following months Kolby visited Sonsteby in his home and at the Norwegian Resistance Museum at Akershus Fortress, making sketches and taking photographs.

In October the portrait was finished, and was bought by Sonsteby's old friend and resistance colleague, the Rio based businessman Erling Lorentzen. He donated the painting to the Norwegian Resistance Museum where it now hangs i Sonsteby's former office.

The painting was unveiled by the Chief of Defence, General Harald Sunde, 15th November 2011 at the Resistance Museum with both Sonsteby and Lorentzen present. Attending were also the Secretary of Defence and WWII veterans.