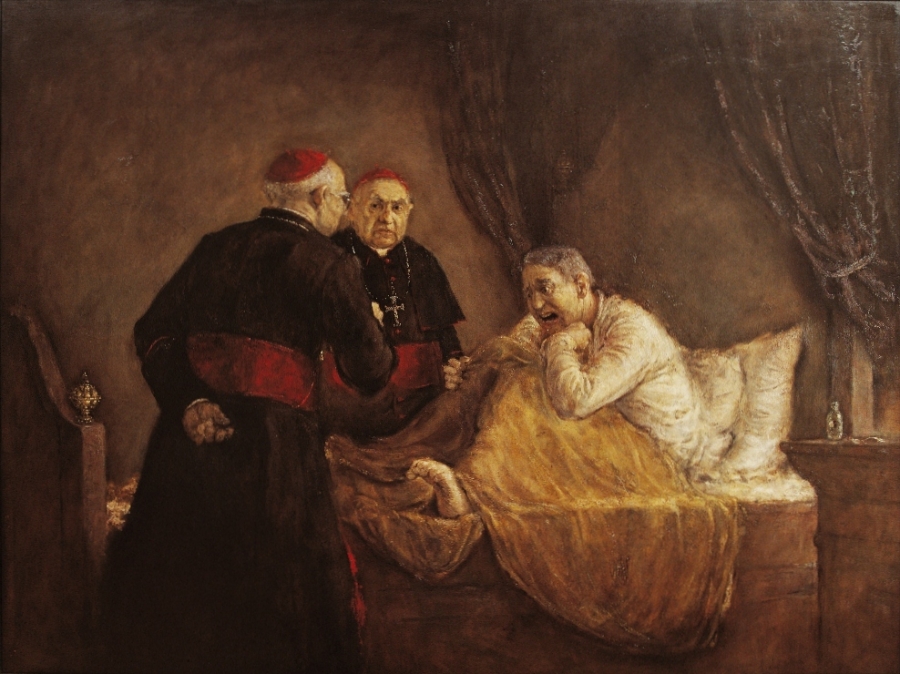 The Murder of Pope John Paul I

The Vatican, 26th August 1978:
Italian cardinal Albino Luciani, is by an overwhelming majority, elected to the Papal Throne. He assumes the name John Paul I. His election is surprising - little is known about the new Pope and his plans for the Roman Catholic Church. The Vatican is therefore shocked when the Pope initiates an investigation of the Vatican Bank’s financial dealings. Heads are about to roll.

The Vatican 29th September 1978:
Thirty-tree days after his election, Pope John Paul I is found dead in bed at the Papal Palace. The cause of death is said to be a heart attack. The Pope’s former doctor points out that it is unlikely that Luciani, who had low blood pressure, would suffer a heart attack. There are increasing demands for a post-mortem on the Pope’s body.

Questions are asked all over the world. The Vatican produces a series of statements, which immediately are called into doubt. Later on many of them turn out to be untrue. In the meantime, the Pope’s body is embalmed by Vatican staff, making all further investigation impossible.

Leaks from the Vatican inform the world about what the Pope was working on prior to his sudden death. Pope John Paul I apparently had visions that would lead to extremely dramatic changes for the entire Roman Catholic Church - and for himself.

With the absolute power afforded him on his accession to the Papal Throne, the Pope wished to separate the Roman Catholic Church from the powerful, secretive Vatican Bank. In 1984 British investigative author David Yallop published the book "In God’s Name" after years of investigating the mysterious death of John Paul I and the links to the Italian mafia P2.

The book became an international bestseller, reaching a number of more than 6,000,000 copies worldwide. According to Mr. Yallop the Pope could not head a church that prayed for peace, expected people to love their neighbours and forbade contraception - when the same church had financial interests in companies involved in the arms trade, drug trafficking, financial crime and pharmaceutical companies that produced contraceptive pills. In addition scandalous ties with organized crime were uncovered.

Pope John Paul I was to meet a delegation from the US Congress in October. A meeting that never took place because of his sudden death. They were to discuss birth control. The new Pope intended to allow more than 800 million Roman Catholics to use contraceptive devices.

The Vatican, 15th October 1978:
111 cardinals are gathered for a new conclave in the Sistine Chapel, the second in two months. The rapid convocation ensures that the cardinals must now turn their attention to the election of a new Pope, rather than dwelling on the sudden and incomprehensible death of The Holy Father.

The Vatican, 16th October 1978:
Polish cardinal Karol Wojtyla appears on the balcony of St. Peter’s Church. A new Pope has been elected. In order to give the impression that the church honours Luciani, the new Pope assumes the name John Paul II.

Only the cardinals in the Vatican know what really happened to Luciani. In all probability, he was poisoned. All papal decisions that have not been implemented die with the Pope - and in his thirty-tree day pontificate, Albino Luciani had started a reform of the Roman Catholic Church that broke with its last 1,600 years of history.

Kolby started research on the story of the mysterious death of Pope John Paul I after having read "In God's Name". He quickly decided to paint a historical canvas on the topic, and started a correspondence with Mr. Yallop, as well as doing his own research regarding the visual questions of the Pope's bed, bedroom and other information needed to paint the scene as accurate as possible.

In September 1997 Kolby had finished his 10 months work on the canvas, and gave a series of interviews with Norwegian media. Only days before the exhibition was to open, anonymous persons threatened the artist by a phone call during the night. He was informed that if he exhibited the painting he would be killed.

The Norwegian police advised Kolby to leave Oslo meanwhile they investigated the death threats, and shortly after some five men were arrested, due to the tracking of their digital telephone call. The men were devout catholics, and stated that no one should express meanings like those Kolby had. Due to the fact that the police could not prove whom of the five men had in fact made the call and the death treats, they were all set free.

Three months later Kolby decided to exhibit the painting after all, attracting a large media coverage and audience. 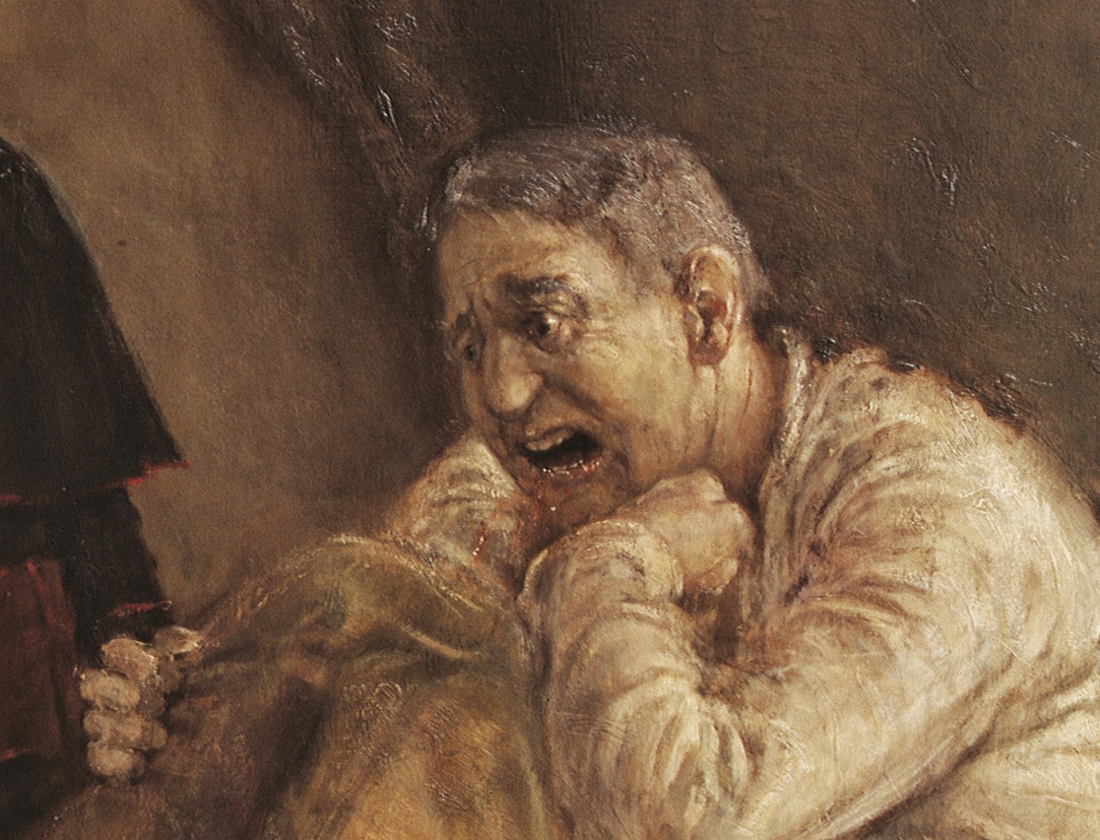 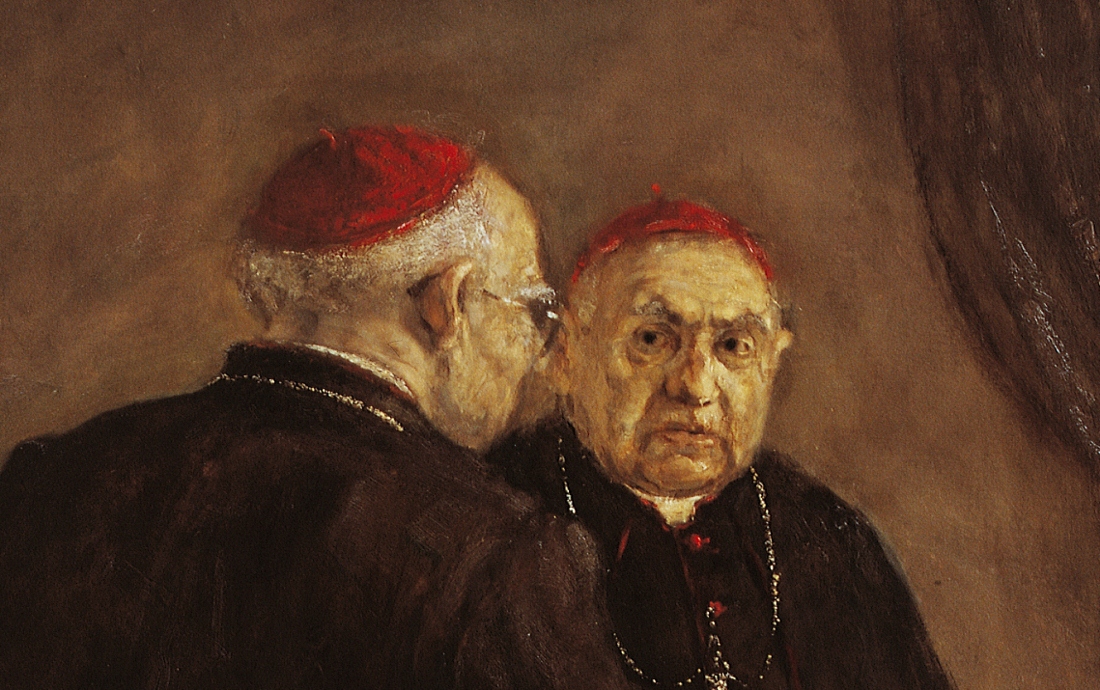 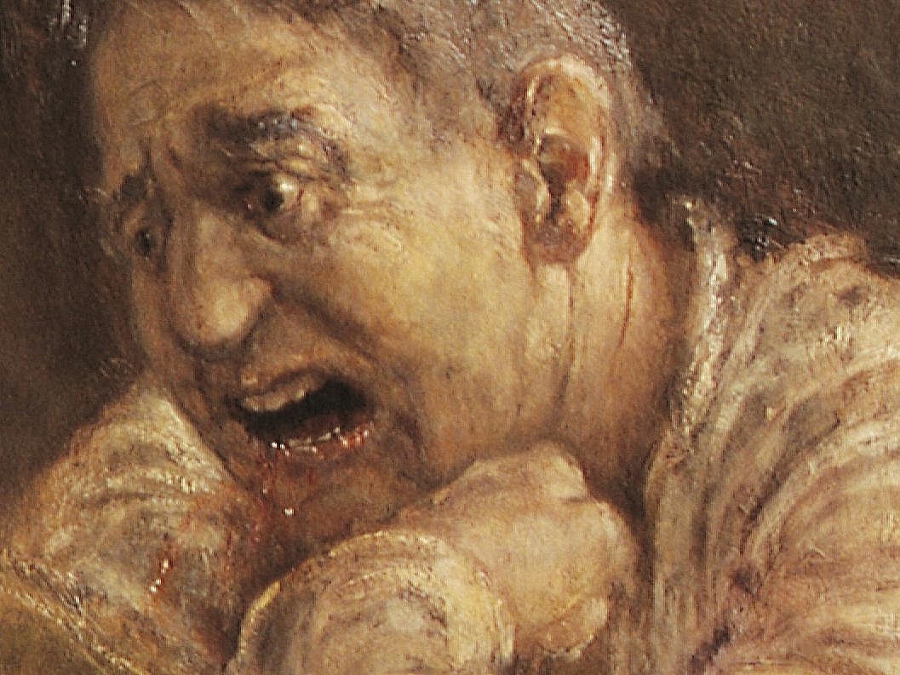 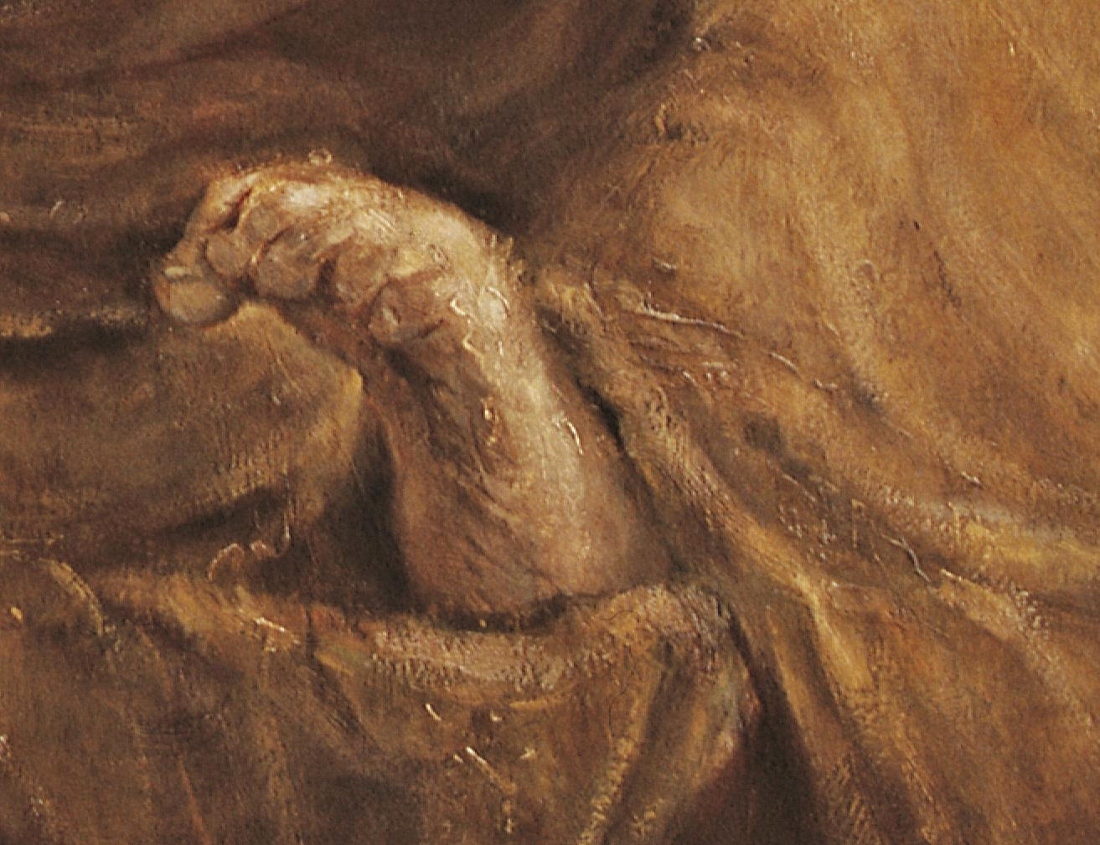 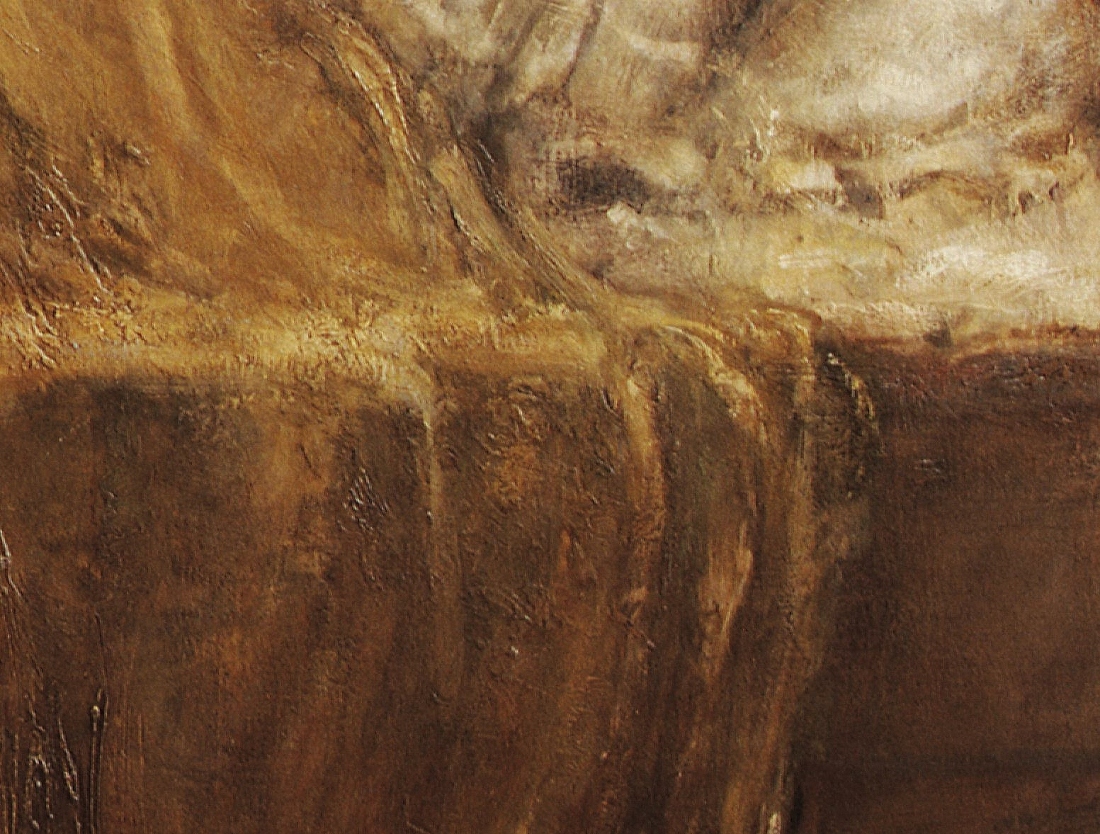 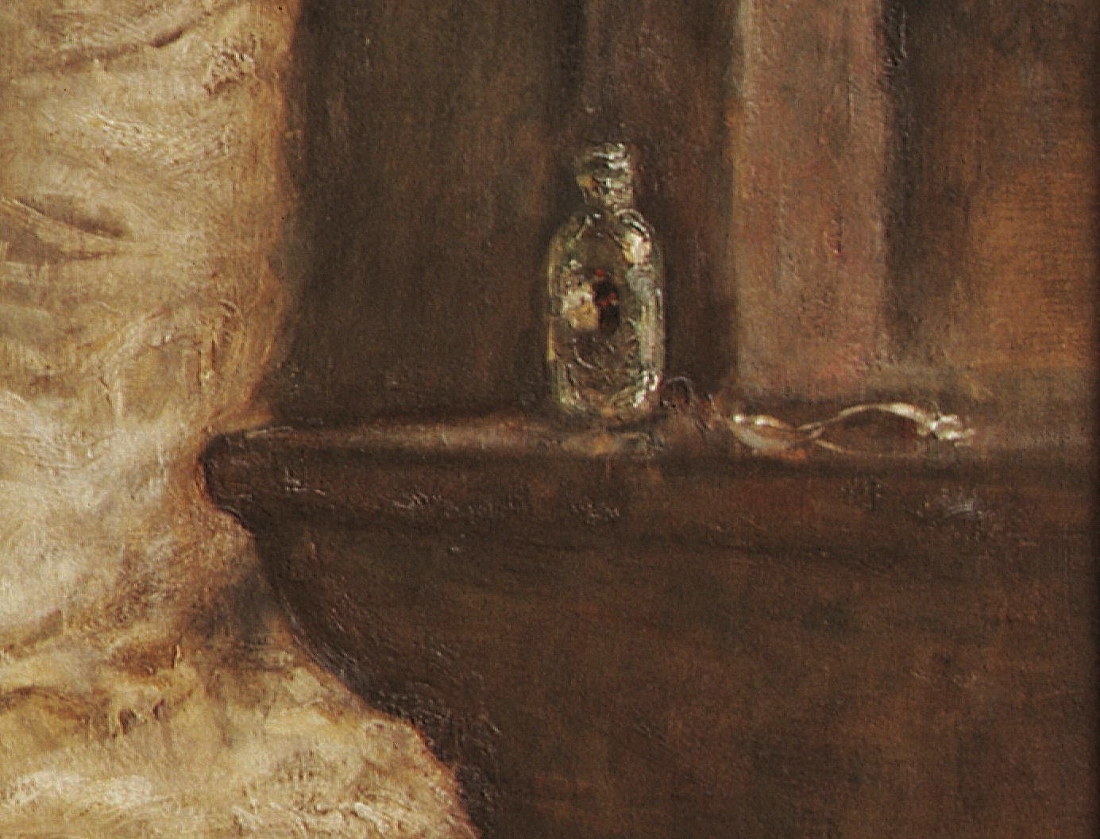 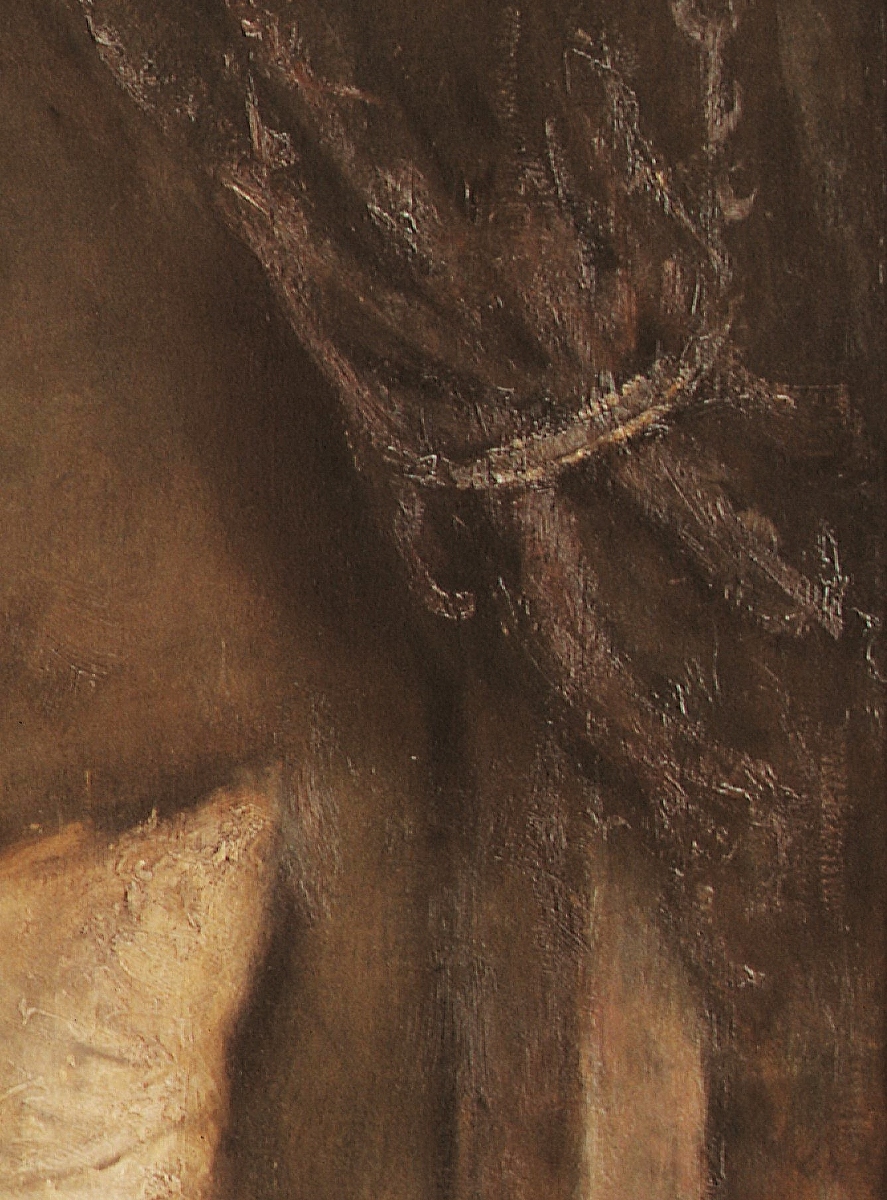 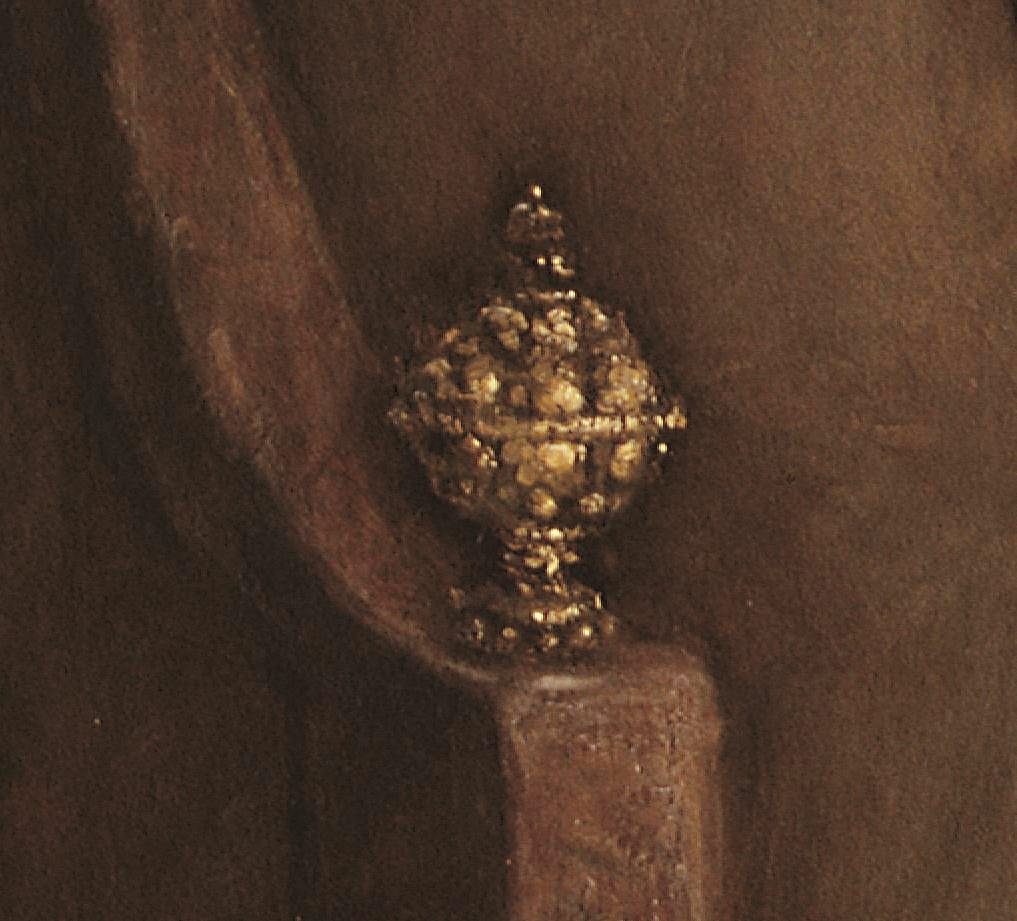