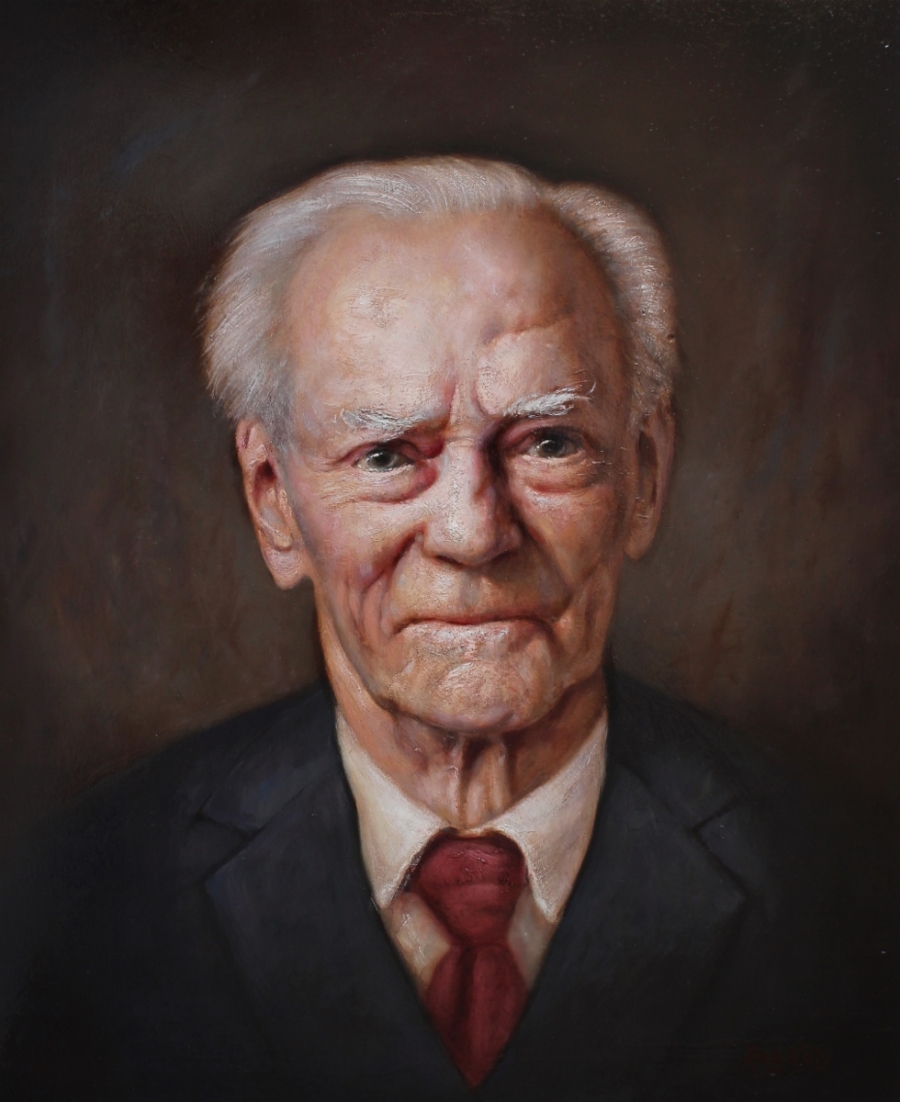 Lieutenant General  Wilhelm Mohr (1917-2016) was born at Fana in Bergen on the west coast of Norway. His interest in planes began early, as he in the mid 1930’s worked through the summer vacations washing and lubricating the floats of the Wideroe seaplanes. He was enrolled at the Norwegian Air Force’s pilot school in 1936 and learned to fly with the famous “Moth” plane. Then in 1937 Mohr started studying at the Norwegian Army’s Military Academy. In the autumn 1939 he was enrolled at the Massachusetts Institute for Technology, but the World War II put an end to this plan.

World War II had raged through Europe for almost half a year when Norway was invaded by the German military machine on the morning of 9th April 1940. Mohr was then serving as pilot and Second Commander at the scout wing at Vaernes airport in mid Norway. After an impossible fight against the mighty Luftwaffe, Mohr left for Shetland and England. He went to Canada and was central in the building up of the training camp “Little Norway” and led the education of new pilots.

In 1941 Mohr returned to England and began working with the Royal Air Force. In 1942 he became Commander of the 332 (Norwegian) Squadron, which operated over the English Channel as well as the Continent.

H.R.H. Crown Prince Olav visited North Weald several times, and on his stay the 24th July 1942 Captain Mohr was promoted to the rank of Major.

On the 5th September 1942 H.M. King Haakon VII visited North Weald with H.R.H. Crown Prince Olav and H.R.H. Crown Princess Märtha. During the day the King presented Mohr and his colleagues In 1942 Mohr received the medal “The War Cross” with sword from H.M. King Haakon VII who visited the camp with his family. Mohr had shortly before been shot through his foot in a fight with a German plane, and received the medal with a slipper on the bandaged foot.

Mohr flew numerous raids over the channel and was often involved in dog fights with German Messerschmitts and Focke Wulfs. Luckily he always saved his life, though wounded twice. Mohr quickly became a highly esteemed Commander of the 332 (Norwegian) Squadron.

Mohr is always underlining the importance of the perfect cooperation between the pilots and the mechanics. They operated and functioned as one, and a failure to maintain the planes perfectly could mean death to the pilots.

In the spring 1944 it was clear that the German war machine was weakened and a major allied attack was about to come. The historic D-Day was under planning as "Operation Overlord”. As Mohr states; “The D-Day for the Air Force had begun a long time before the historic D-Day of 6th June. From the end of April to the D-Day the allied air forces' loss was more than 2,000 planes and 12,000 men.”

Being one of the largest military operations in history, "Operation Overlord” managed to invade Normandy in France and break through the Germans' Atlantic Sea Barrier. Mohr’s 332-squadron fought in the invasion, as well as the following raids liberating Belgium, Holland and finally invading Berlin.

When the war was officially proclaimed over, Mohr returned to military service in a liberated Norway. He continued in the Royal Air Force, amongst as an adjutant for H.M. King Haakon VII for three years, and later as Chief of Staff in the Air Force’s High Command. In 1957 he served as secretary to the Chairman of the Military Committee of NATO’s Standing Group in Washington. From 1963 to 1969 Mohr was Chief of the Norwegian Royal Air Force, and finally Director at the Royal Army’s College until 1975.

Even in his retirement Mohr has dedicated himself to aviation, as he from 1976 to 1989 was leader of the Norwegian Air Crash Investigation.

Commander of the Legion of Merit (Great Britain)

Knight of the Dannebrog Order (Denmark)

Medal of Participation, with rosette (Norway)

Great Cross of the Order of the Crown (Thailand)

The portrait was unveiled at Akershus fortress on the 2nd May 2013 by the Inspector General of the Royal Air Force; Finn Kristian Hannestad. Present was Wilhelm Mohr and other World War II veterans, as well as numerous RAF officers.

The painting was financed by: 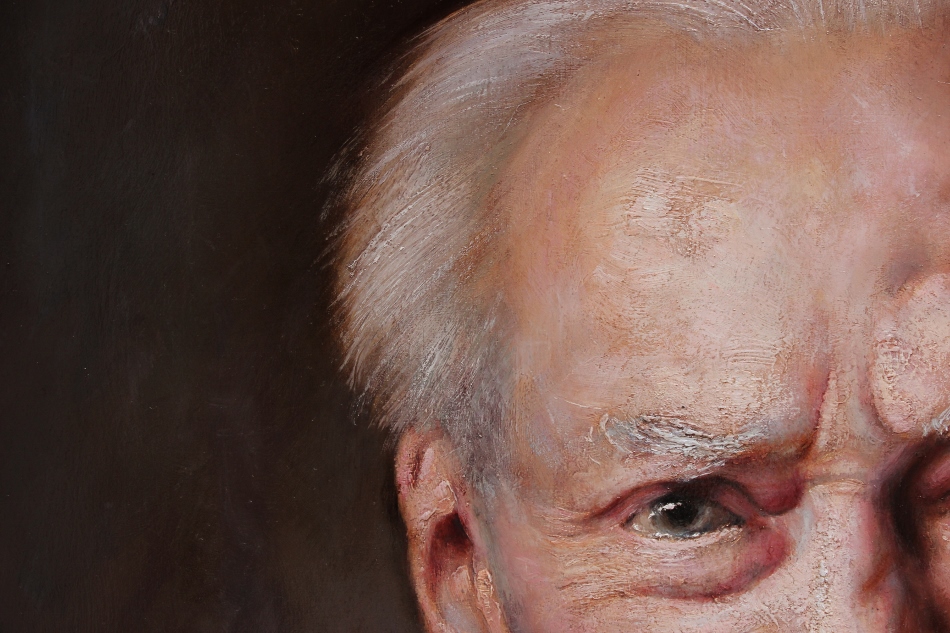 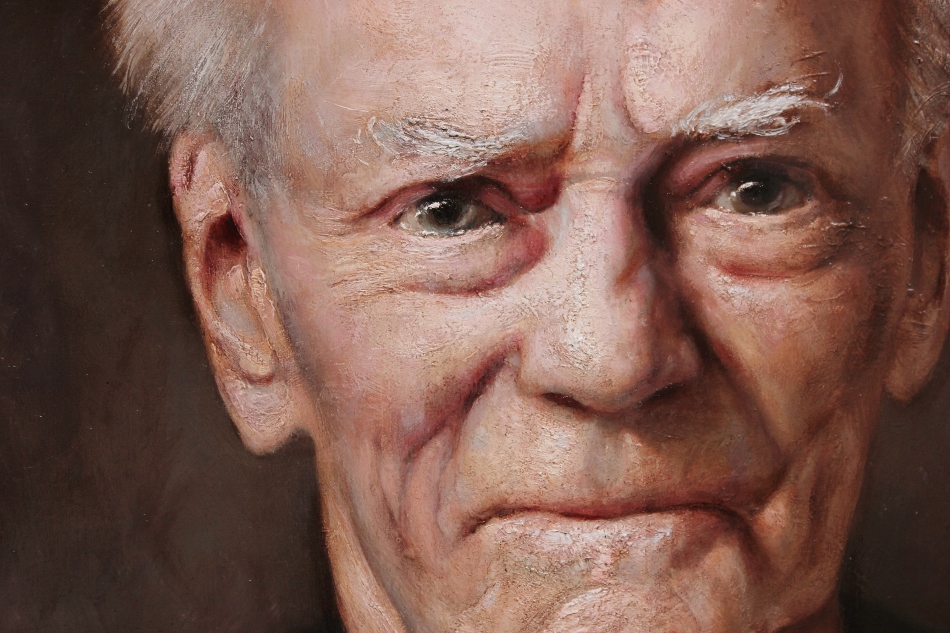 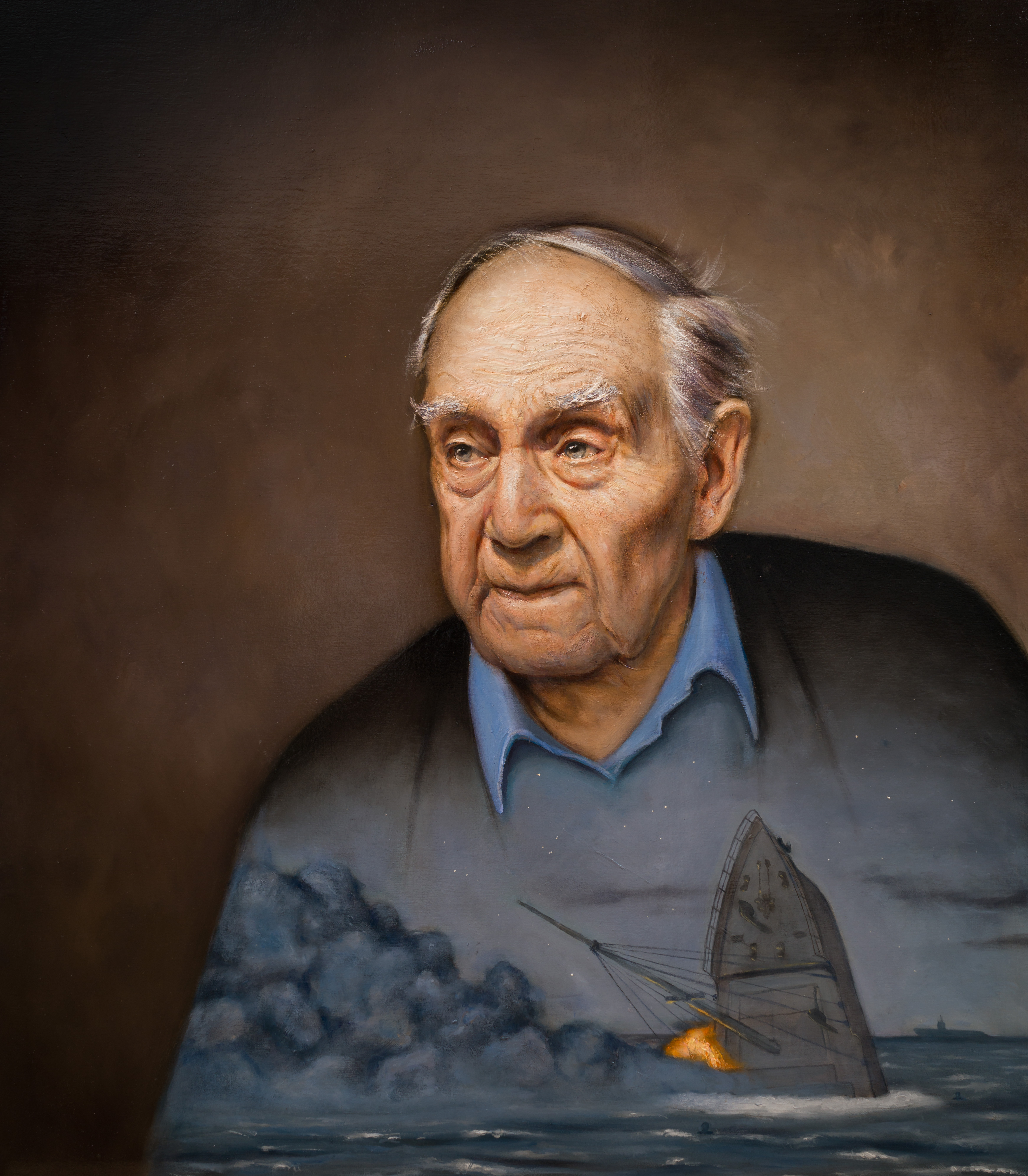