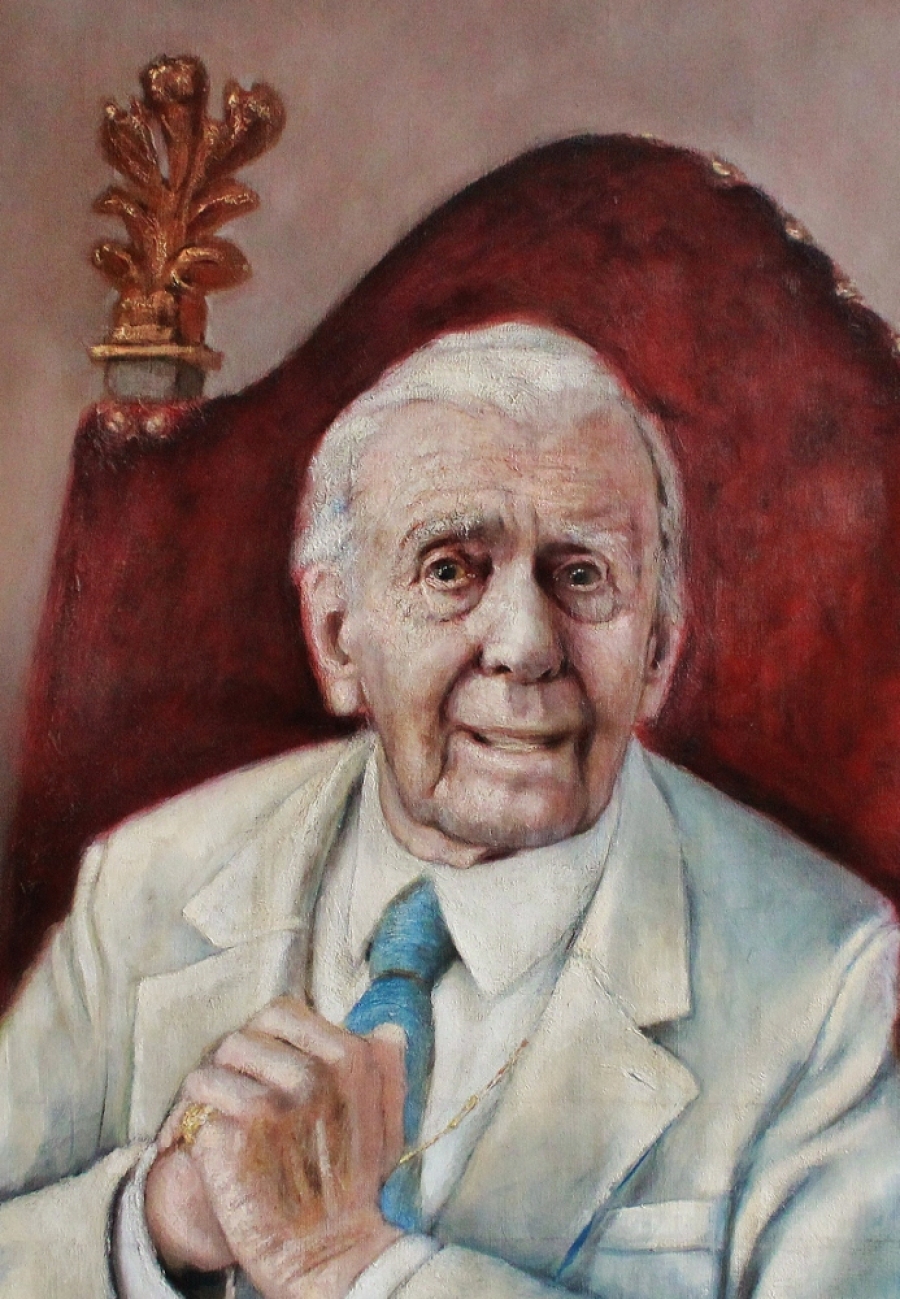 Per Aabel was a legend of Norwegian theater and cinema. Born in 1902 he grew up in Kristiania in a theater family. His parents were friends with Henrik Ibsen and his wife Suzanna, and Aabel early got to know life at the theater

He was educated both in drawing and ballet dancing in Londan, and debuted as a ballet dancer in "Carneval" at the Mayol Theater. In 1931 he debuted as an actor at Oslo Nye Teater. Aabel was a part of the ensemble to 1940 when World War II broke out, and then became a part of the ensemble at Nationatheatret until 1972. But Aabel never gave up acting, and worked as a freelancer until his death in 1999, at the age of 97 years.

The winter 1998 Kolby wrote to Aabel and suggested to paint his portrait. Aabel was very positive, and a almost year long process begun. Kolby would visit the old theater giant in his villa, where the canvas was kept throughout these months. And while the artist painted, the actor recited his repertoire. Aabel was then troubled by a bad hip, and could do few but any performances. "This is splendid," he stated to the artist, "as I get to keep my stories fresh."

A friendship developed between the two, and Kolby was thrilled to hear Aabel's stories from a long artistic life. During their many painting sessions the old actor found joy in telling anecdotes from interesting meetings, such as with Charlie Chaplin, Karen Blixen (Isak Dinesen) and Queen Maud and King Haakon VIII of Norway at ball evenings at their summer residence.

The painting was completed just before Aabel died in 1999. 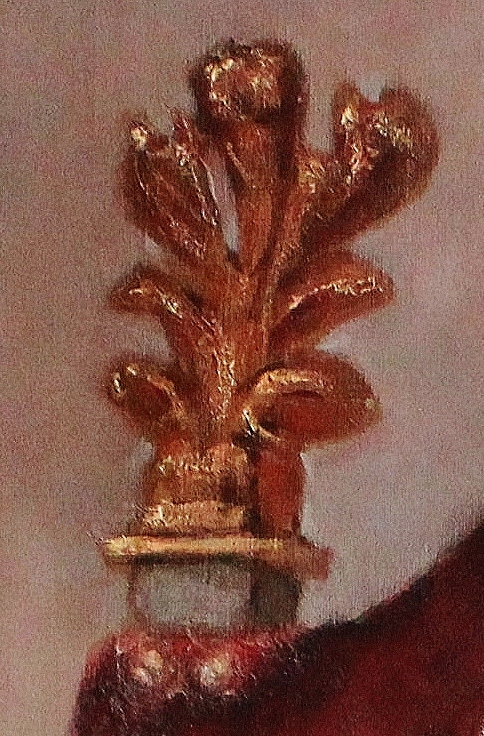