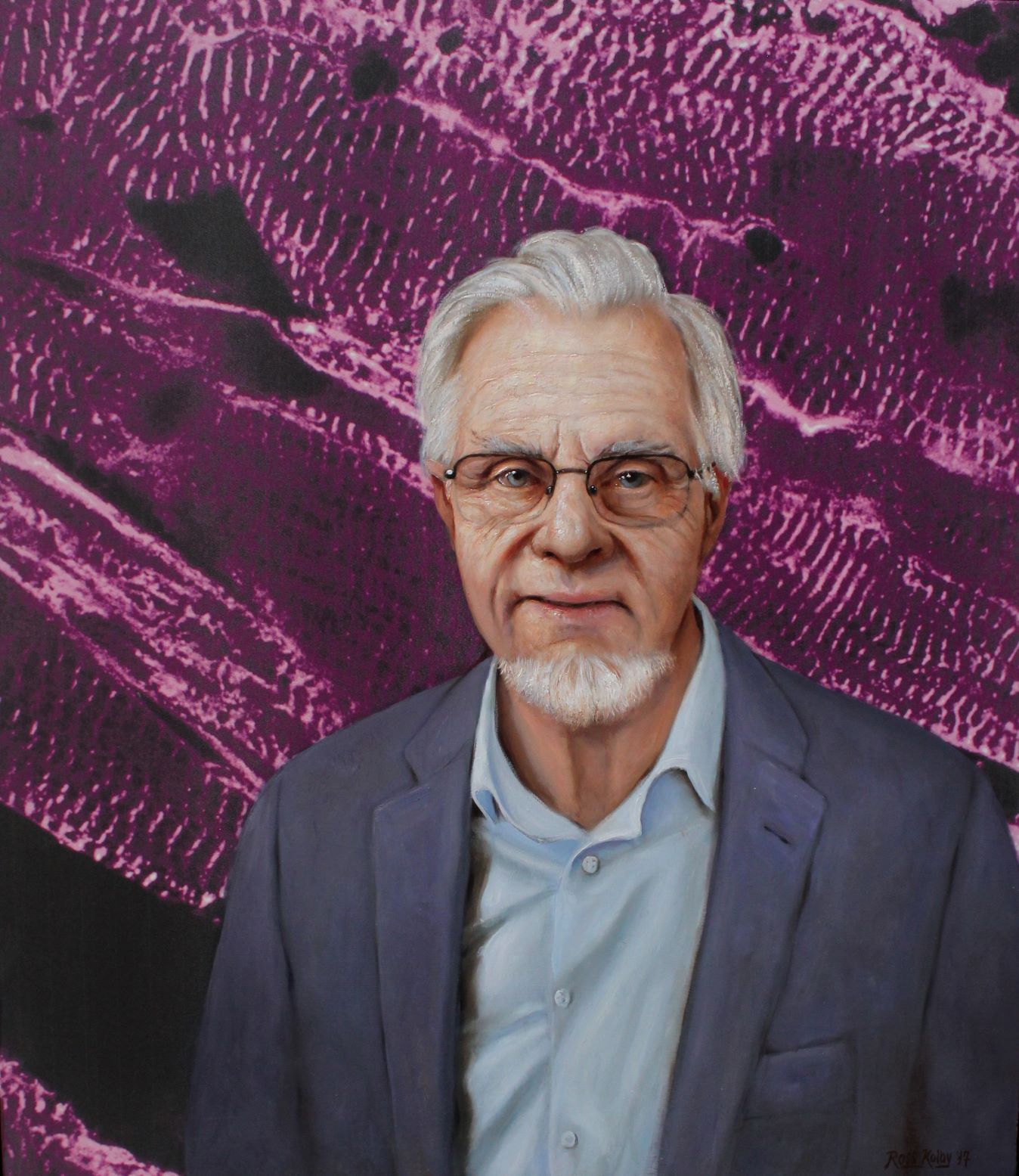 Ole M. Sejersted was appointed Professor and Head of Institute of Experimental Medicine (IEMR) at the University of Oslo in 1991.

Since then, renal physiology ceased to be an area of investigation, and the focus shifted to cardiovascular research in addition to continued activity in biliary and pancreatic research for some years. Cellular, molecular biological and electrophysiological techniques were introduced as well as several imaging techniques (MRI and advanced light microscopy). Sejersted retired in 2017, and at this occasion Kolby was asked to portray him to the collection of the University of Oslo.

Kolby painted Professor Sejersted in front of a photo of an enlarged cell, showing him surrounded by his micro research universe.

Sejersted was elected member of the Norwegian Academy of Science and Letters in 1998 and President from 2016 to 2018.

He has also been Dean of Research at the Faculty of Medicine, University of Oslo (2002-2006) and Deputy Director of Division for Cardiovascular and Pulmonary Diseases at Oslo University Hospital (2009 2012).

Sejersted was appointed Commander of the Royal Norwegian Order of St. Olav in 2018. He received this honorary reward for his outstanding contribution to medicine. 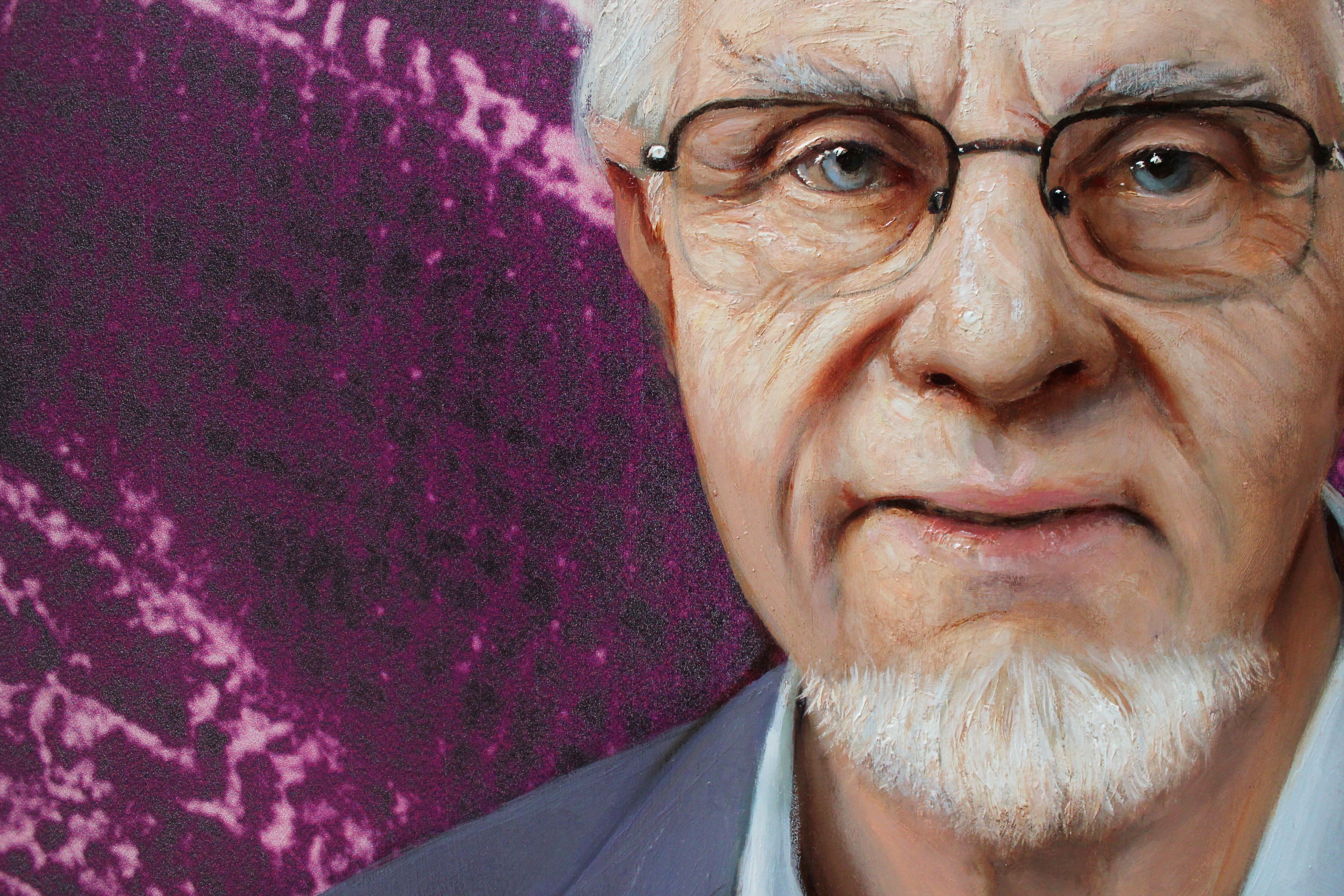 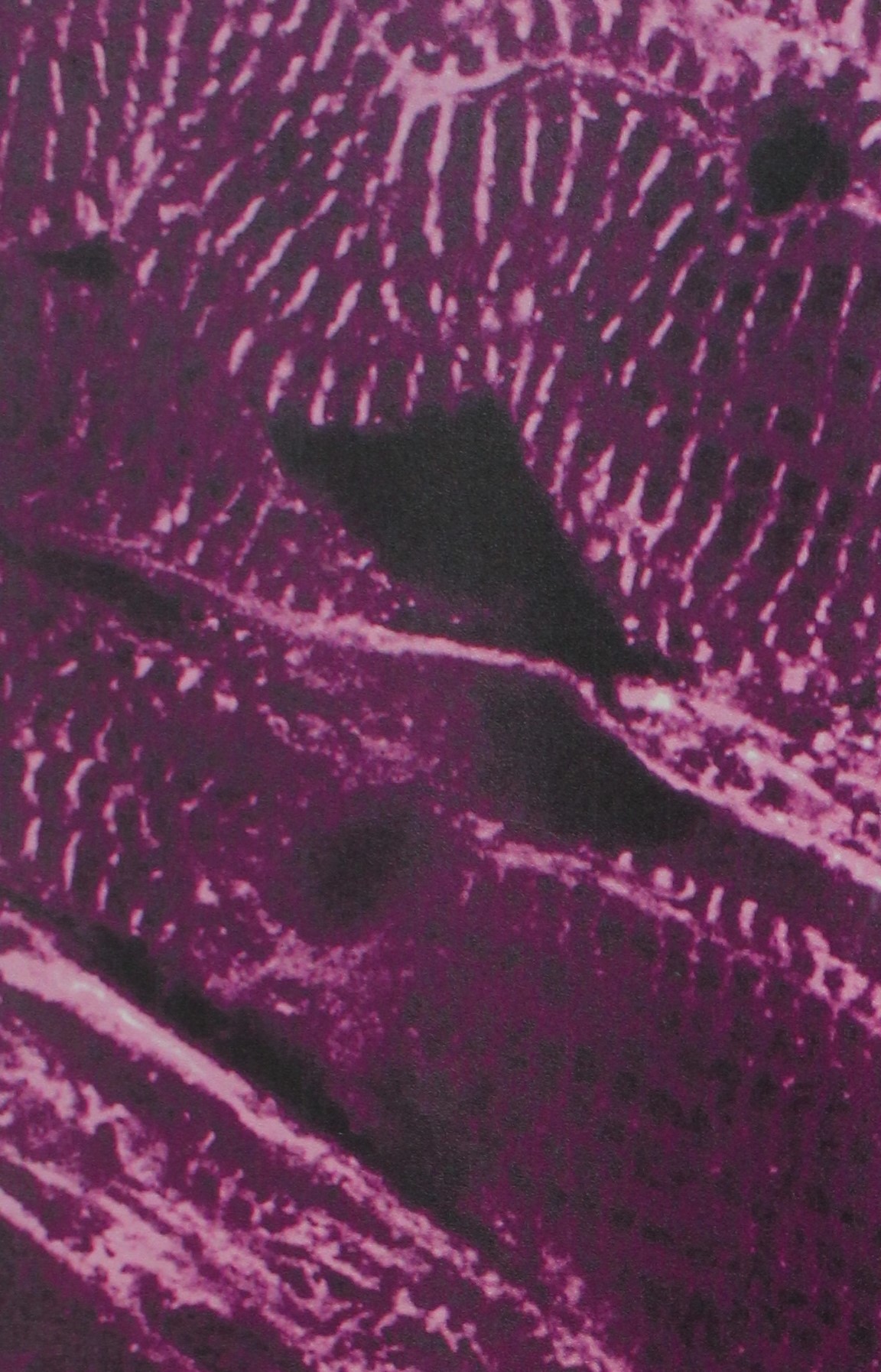